Home / General Technology / Choosing a Mobile Device to Suit You

Choosing a Mobile Device to Suit You

Choosing a Mobile Device to Suit You 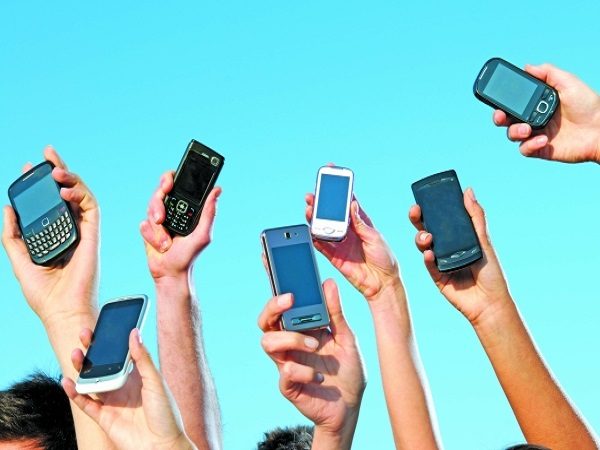 We’ve all been there, when you get a new mobile device (or any bit of tech) you’re like a kid in a sweet shop. Checking out all its features, putting it through its paces, accustoming yourself to its funky new layout.

In fact, I don’t think I know of anyone that doesn’t do this. But are we paying over the odds for a device we simply don’t utilise?

My mum is a technophobe (she thinks a computer is only there for dusting!). She uses her phone to call, text and watsapp. Occasionally she’ll be brave and get updates off BBC News. But her phone isn’t a simple £100 basic smartphone, it’s a top of the range Samsung on a contract that costs more a month than my electricity bill!

She doesn’t even utilize the storage for music. Instead, it’s got something ridiculous like 60gb of free storage space. The other 4gb are taken up by photos of the dogs!

In all honesty, she doesn’t need that phone, and seldom uses any of the built in features bar the wifi, which my dad constantly has to set up for her. Mum has no clue with technology. When I was in boarding school, mum once called me up and I had to guide her, step by step on the TV remote from memory. A TV remote, I will add, I’d only used a handful of times! Fortunately, I have a pretty photographic memory and can still guide someone through it now!

My sister and eldest niece are the same. They have phones that do everything, but they don’t utilize these features. From finger recognition to voice recognition, bluetooth and infrared. They play Candy Crush and send the odd message on Facebook, while I on the other hand (on my budget phone) organize appointments, call, text, video call, do online banking, browse the web, hack into the settings to overclock, tether. You name it, my phone has been through it. I even use GPS when I need directions. No wonder why it’s dying a death! It’s been a good work horse.

So when buying a new phone, think logically to avoid paying well over the odds for what you’re actually going to be doing. Do you really need a 10 megapixel camera when you don’t take photos? What about storage? If you only use a couple of apps, you can get away with 8 or 16gb of internal memory. How about security features? Unless you’ve signed the official secrets act, and your phone doesn’t hold anything sensitive, do you really need Cornea recognition? You’ll find when you think about it, if you get a phone with less features you won’t use, but stronger features you will, you’ll have a far superior device, because it suits you, not you suiting it.

Related Items
← Previous Story Finally, Someone has the Balls to Wrestle the Monopoly off Apple.
Next Story → It’s No Wonder Some Kids Addicted to Smart Phones are Fat!