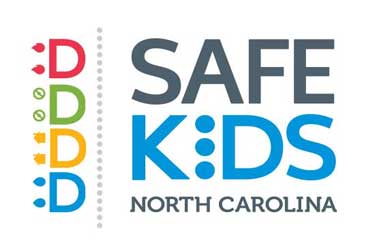 Research has found that an estimated of 1,000 children drown in one year, with 70% occur between May and August. These alarming rates urged the Safe Kids North Carolina to take action. As summer season draws near, they are reminding parents and caregivers about essential safety tips to prevent child drowning.

House within the North Carolina Department of Insurance and Office of State Fire Marshal, this statewide program is committed to reducing common accidents and injuries in children through education and outreach. Safe Kids North Carolina is just among more than 600 partners of Safe Kids Worldwide, which primary goal is to prevent accidental childhood injury, the leading cause of death of children aged 19 and younger.

“On these warm summer days in North Carolina, many families will be drawn to activities near water,” Insurance Commissioner Mike Causey, chair of Safe Kids North Carolina said. “We want parents and caregivers to be particularly cautious and take steps to avoid any potential tragedies in swimming pools and other bodies of water.”

The findings of the report show that 7,000 children end up in the emergency room due to drowning scare, discovering that a minimum of 150 families a week are affected by a traumatic event. The study also found out that drowning accidents are more likely to occur in open water than swimming pools.

It also reports that boys have higher risks of drowning, based on a finding that eight out of ten drowning victims are males. Furthermore, it has also been said that African American kids are twice as likely to drown than white children.

In partnership with Young Minds Inspired and with the support of U.S. Consumer Product Safety Com.

I've been in the Online Publishing market since 2015. My career started back in 2015 as a senior contributor to News Everyday. I mostly cover technology, gaming, and entertainment news headlines. In 2016, I was given a chance to be AWN's Editor where I manage both writers and the company's business structures. Today, GoMo News is my current endeavor, as I am now the new Editor-in-Chief of the news website.
Related Items
← Previous Story PLENVU (NER1006) Sees a Positive in Phase 3
Next Story → French Schoolchildren Banned from Using Mobiles