Home / General Technology / Your Mobile is at Risk in London

Your Mobile is at Risk in London

Your Mobile is at Risk in London 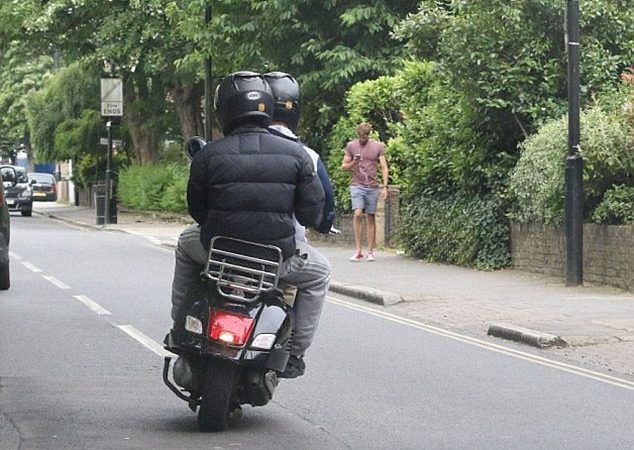 Your mobile phone is of course an extension of your very being these days, and you only have to simply sit and watch people walking out and about in any town and city anywhere in the world and you will see a high percentage of them will be holding if not using their mobile phones.

However, when visiting places such as London you are strongly advised to keep your mobile phone hidden from view when out and about in public, for with the rise of moped muggings, it is at risk of being stolen!

You may think that the likelihood of you being mugged for your mobile phone is negligible in the capital city of the UK, but that thinking often leaves people being the victim of moped muggers.

Those are teams of youths who will go out and steal a moped, usually from a delivery person and then set about mugging people whilst riding around on them. In fact, over the course of a year there were a whopping 430 moped mugging each week in London, and that is a huge number of victims of course!

It is of course not only mobile devices those thieves are after, however as people are distracted by them when using them walking down the street they are often oblivious to the fact that there is a moped mugger stalking them, and they can relieve anybody of their phone in a matter of seconds, and then be gone into the distance before the victim has chance to fight back.

Reducing the Risk of Your Mobile Being Stolen

If you are planning on visiting London any time soon, there are of course plenty of steps you can take to protect yourself regarding the safety and security of your mobile device when out and about.

The first thing you should consider doing is never using it in public, whilst that may be extremely difficult for anybody that is addicted to using their mobile phone at all times, if you do carry it around and use it then there is a chance you will become victim of a moped mugger.

Even keeping your mobile phone out of view could see it being at risk, for if you have headphones connected then it won’t take a mugger very long to work out in which pocket you have your phone, and as such even when it is securely placed into a pocket it could also get stolen.

Even sitting in a café or pub will see you also possibly being victim to a moped mugger, for many of them not target such places and will have an accomplice outside on a moped with the engine running, and they will run into a pub, bar or café, grab the nearest mobile phone, tablet device or even laptop and then make their escape.

Make sure your mobile devices do have tracking device or app fitted, and you have a way of deactivating them instantly if they ever do get stolen, or you could avoid London until the scourge of the moped muggers is finally sorted out, which I doubt it will be any time soon.